When Garry O'Connor signed for Lokomotiv our fans all wished him good luck as he made a brave decision to go to another country when most of the good Hibs players sign for Glasgow Celtic or Rangers. It was good to read all the comments from the Loko fans on the hibs fans messageboards and to see photos of the banners made and videos of his goals. Myself and 3 or 4 friends try to visit new countries that I have never been and I was surprised when 7 other guys wanted to come to Moscow. 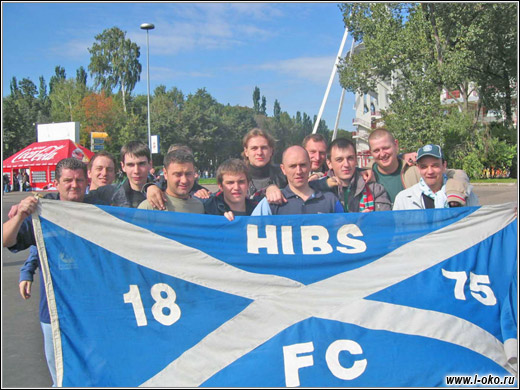 We got a good flight price with KLM from Edinburgh via Amsterdam although the moscow accommodation was expensive. The Ukraina was cheap compared to other hotel. Breakfast was interesting as they had everything you would expect in other cities but also chicken wings, potato wedges and many foods we had not seen before which must be traditional russian food. 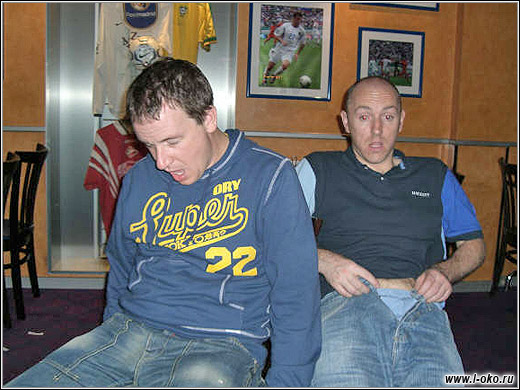 there were lots of prostitutes in the hotel bar. some of my friends were speaking to them and were asked for 200USD, then it was 100. Nobody was very interested...... maybe for 50 though!! 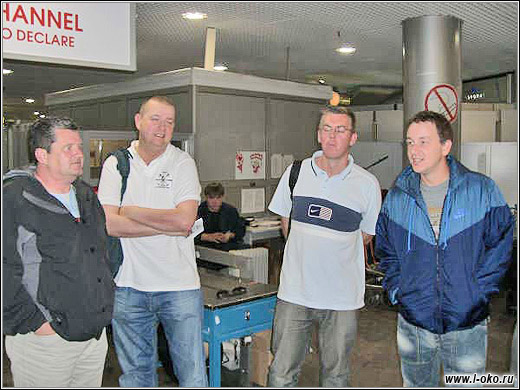 The trip to Moscow got off to a bad start when our bags did not arrive at airport (Sher*******). KLM let the plane leave from Amsterdam knowing not all bags were on it so we had to fill forms in to get the bags sent to Ukraina the next day. Our flight arrived at 4pm friday and our bags about 9pm saturday. One of our friends arrived in Moscow on KLM thursday so on the friday night we visited some bars with most borrowing some of his clothes!! This was the guy who ended up in hospital on friday night/saturday morning. He wanted to stay out later on his own when all others went back to the hotel which is not a good idea in any country you don't speak the language. He had also had many beers - some local guys thought it was easy money and he had stitches in his face and mouth and he thought his ankle was broken. He is getting better now but was also in hospital in Edinburgh when he got home. His experience did not change the other guys outlook on the remaining days and we had no other trouble.

Friday- we went out and had some beers and food around novy arbat visiting molly gwynnes (nice barmaids in tartan skirts) and the sports bar also. 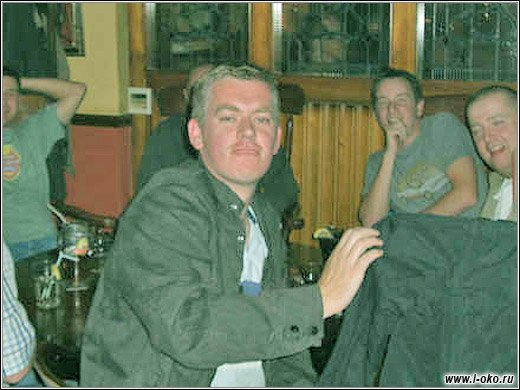 Saturday we went down near to red square and the kremlin and had a look around different places in the afternoon, visited a mexican restaurant for lunch and went back to the hotel. Some of the guys were in there with Garry O'Connors mother, father, grandfather, girlfriend and son. Garrys father stayed the longest and we had a few beers and waited on our bags. Because the bags arrived late we just stayed in the hotel bar that evening as we were meeting the loko fans outisde at 10.30 - sorry we didnt actually leave the hotel till 11.00. 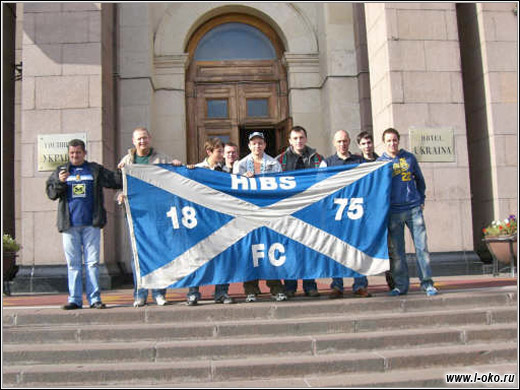 Sunday - Met Roman, Slava and a few others and got the metro to the

boarhouse for a few beers before going to the stadium. It was interesting to see small groups of young men outside the stadium looking like English football hooligans. I had thought before we visited that there would be a lot of trouble but there were so many police and army that was never going to happen (near the stadium anyway) Every one of us was very impressed with the display the loko fans put on with their banners and the singing that is arranged by the different sectors. 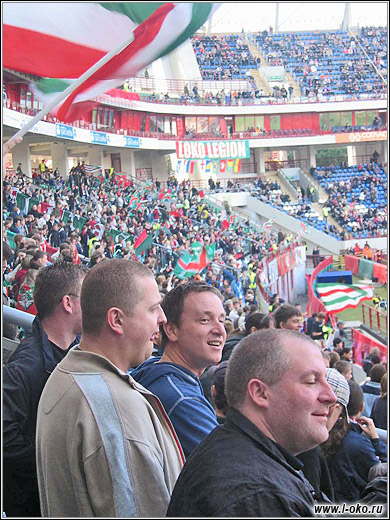 In Scotland the atmosphere can also be good but it is not as organised and not as colourful. One big difference is that football fans in Moscow were a lot younger than in Scotland. Hibs fans can be anything between 5 and 80 with most being 16-40. It was disappointing that Loko did not win but it was great that garry played from the start and we wish his goal had been allowed. The atmosphere from the fans lessened the disappointment and made it a positive experience for everyone. We left 10 minutes early to make sure we got back to Metallista to watch Hibs play Rangers. It was a shame that we left early without saying goodbye to everyone but Slava and some other Loko fans also joined us at the sports bar. It was too good an opportunity to miss and of course Hibs won which was great. We stayed in there for a long time and the atmosphere was good. 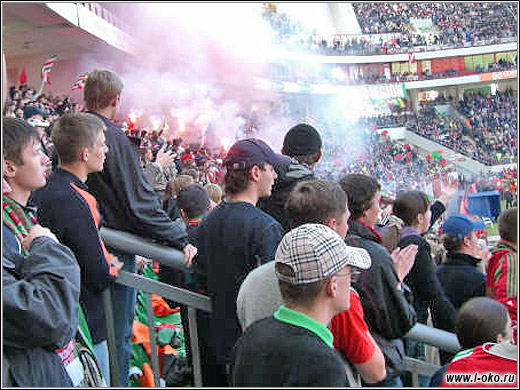 Monday was a quiet day when we walked about different parts of the city and myself and one other guy went back to the boarhouse at night. It was great in there but we decided not to have too many beers and to go back to the hotel. 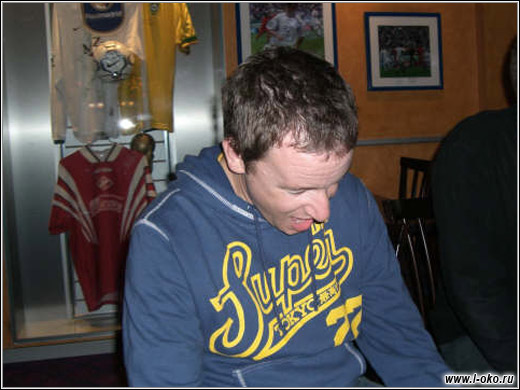 One last problem on the return flight when I lost my passport in Amsterdam airport and missed the plane - luckily it was found and I got on a later KLM flight at 10pm but my bag was again a day late. 5 days of drinking affected my brain!! 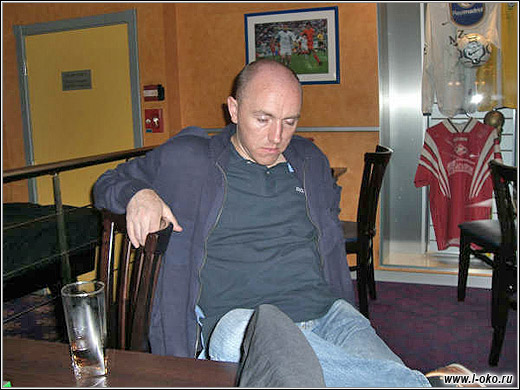 The cost of living in Moscow was higher than most places we have visited in europe except for scandinavia. That will be a reason why not so many people visit as go to Lithuania, Latvia, Estonia for instance as it is half the prices there for hotels, beers, food and women! Maybe it is a good thing there are not so many UK visitors as people from places like Prague, Riga etc do not like the behaviour of the groups of British people - drinking too much and being noisy.

Overall, it was great to visit moscow and the football was a great day. Moscow was a nice city and it was good to see places we had seen on television like Red Square and Kremlin. We do not spend a lot of time looking at historic sites such as museums as it's not something that interests us too much. We prefer looking round the city, major sites and spending time in the bars. There were no real surprises as I have been to Kiev, Tallinn, Riga, Dnipro so I knew what to expect. In March I will visit Vilnius and Minsk. I have been to most other major European cities so the ones now seem to be Eastern European ones. 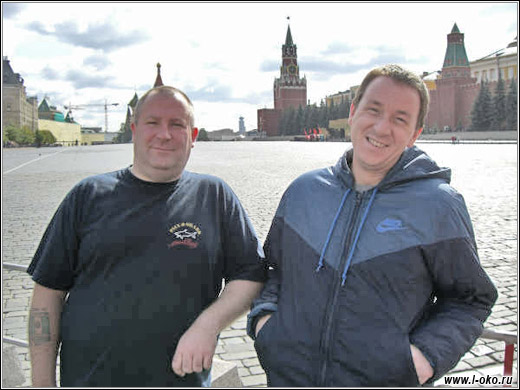 The Russian people we met were all friendly and the women were very attractive. It was good that many people speak English although we did visit the main tourist areas, the hotel and meet people we knew spoke English. In Scottish schools we mostly learn French and German and British do not make a big effort to learn languages which is unfortunate. I speak a little German only. I am delighted we met some of the Loko fans I contacted on the website and I appreciate them buying us tickets and taking the time to come and meet us. I hope some can come to Edinburgh and I am sure we can arrange accommodation in houses for them and of course a day at the football watching Hibs. We hope to continue reading the Loko news on Hibs messageboards and for them to win the league and to keep in contact with us. I will wear my Loko T-shirt with pride!!!!! 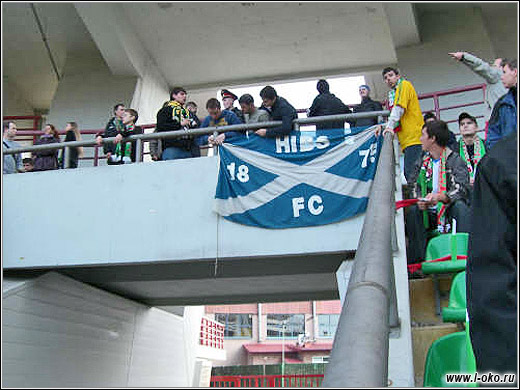 The storyteller was Darren 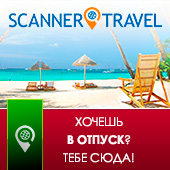